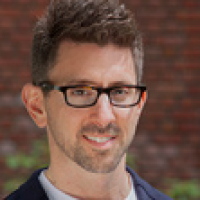 Marc Brackett, Ph.D., is Director of the Yale Center for Emotional Intelligence and Professor in the Child Study Center at Yale University. His grant-funded research focuses on the role of emotional intelligence in learning, decision making, relationship quality, wellbeing, performance, and organizational climate. Marc is the lead developer of RULER, an evidence-based approach to social and emotional learning that has been adopted by over 1000 public, charter, and private schools across the United States and in other countries, including Australia, England, Italy, Mexico, and Spain. RULER infuses emotional intelligence into the fabric of a school through training for school leaders, educators and staff, students, and families, and has been shown to enhance wellbeing, academic performance, and school climate.

Marc has published over 100 scholarly articles and is the recipient of numerous awards, including the Joseph E. Zins award for his research on emotional intelligence in schools. His research is featured regularly in popular media, including the New York Times, Time Magazine, and National Public Radio. Marc regularly consults with school systems and companies around the world, including Schwab and Goldman Sachs, and for the last four years he has worked with Facebook to develop tools that help adults and children develop emotional intelligence and resolve online conflict. Marc also holds a 5th degree black belt in Hapkido, a Korean martial art.