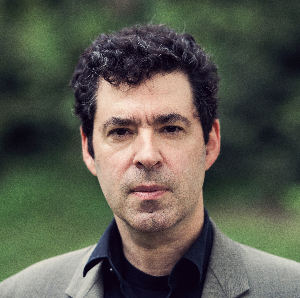 Jason Stanley is the Jacob Urowsky Professor of Philosophy at Yale University. He has written 5 books so far, the most recent two being How Facism Works: The Politics of Us and Them, and How Propaganda Works. For the last 6 years he has been writing his 6th book, Politics of Language, with David Beaver, which redoes the foundations of semantics and pragmatics to center the political use of language, to illustrate how there is no such thing as neutral debate.
Professor Stanley started relating his work to Education when writing How Propaganda Works. During the drafting process he realized that he could not write about propaganda without analyzing how education systems have been used as agents of social control. In How Fascism Works, Stanley discusses how far right politics attacks democratic education, education that gives an honest knowledge of history, and any other teaching that opposes dominant views those actors promote. He says that because universities are sites of ethnic studies, women’s studies, and other progressive fields that counter fascist hierarchical narratives, they are attacked by far right politicians.
Given educations’ importance to maintaining democracy and equality, Professor Stanley believes it to be vitally important to teach about education in universities. By being a university that educates, but never thinks about the function of education, we run the risk of perpetuating harm through our teaching, and non-educators will take the lead on thinking about how to teach. He teaches Philosophy of Education to recenter the study of education.
One of Professor Stanley’s favorite teaching experiences was teaching Propaganda, Ideology, and Democracy, which was born out of student demand for a philosophy class that centers the Black radical tradition, in spring of 2016. During this time, there was much protest around Black Lives Matter across the country, and at Yale. Students, as part of Next Yale, demanded better ethnic studies programs, more culturally responsive courses, and the renaming of Calhoun College. This movement was brought into the classroom, where they analyzed the propaganda tactics used to stifle Next Yale’s changes, and actively discussed how to change the university to support all students.